Home→miscellaneous→Sewing is the new thing

The other day I stumbled upon a short article in Elle magazine about sewing being the new fashionable hobby. Of course I had to share it. 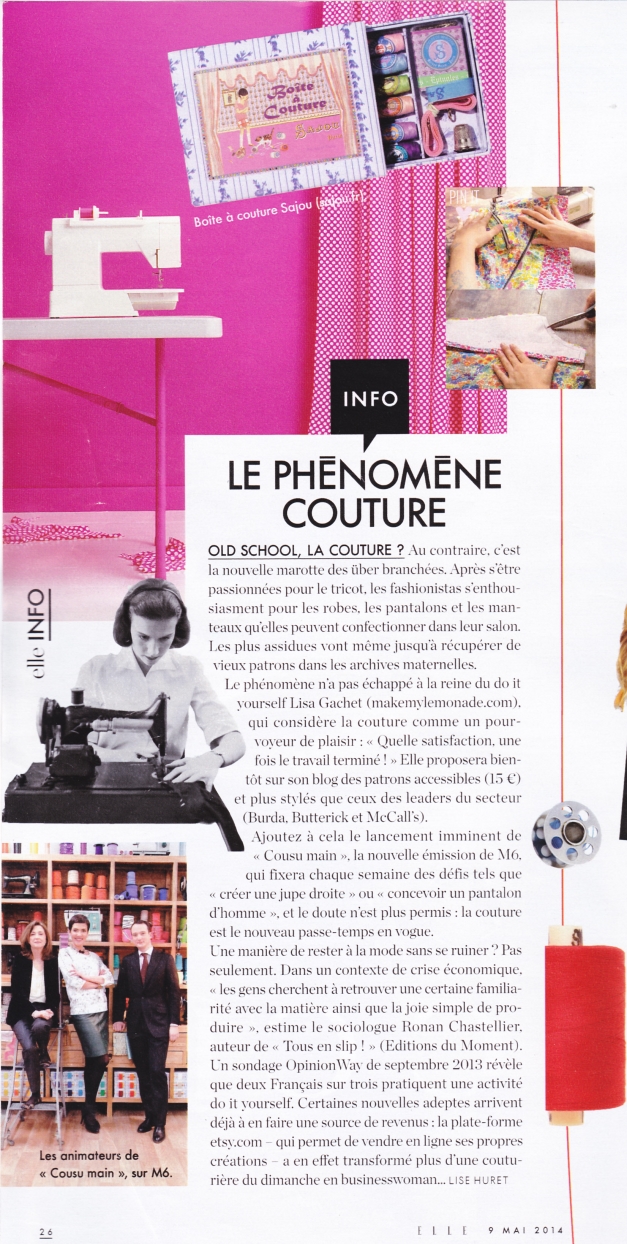 They take the soon to be aired french version of The Great British Sewing Bee as the final proof that sewing is a thing again. I was a little bit disappointed in the content but I found it nice to read about sewing in such a magazine. And it is true that sewing is getting more and more popular in France. Contrary to some other countries we don’t study sewing at school anymore (my mother did in the 60s) and I think most women of my parents age don’t regularly sew, so people from my generation didn’t get an early acquaintance with sewing through school or their parents. Therefore sewing wasn’t very popular for quite some time, and many fabric stores closed. For a few years now we’ve seen many new fabric designers, modern fabric stores, independent pattern brand and sewing books (first translated from japanese and more and more written by French people) arriving. There are also more offerings for sewing lessons. It’s a really good thing, we get access to many interesting things directly in France. Let’s hope it will keep on that way and get even better!

What about in your place, is sewing getting more popular also? Or has it always been quite common for people to know how to sew?